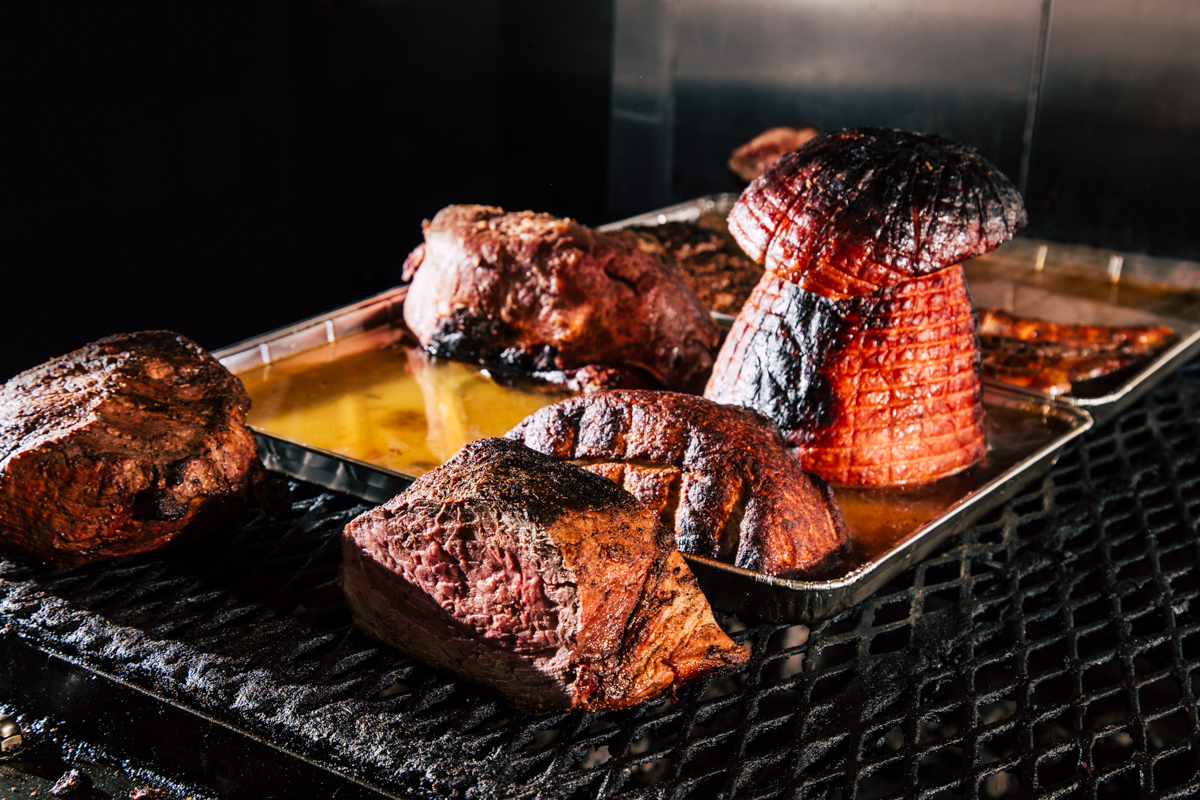 America is well-known as a nation full of delicious BBQ. The classic Carolina BBQ or the Texas Roadhouse BBQ are probably the first ones to come to mind but did you know Maryland is another one of those must-eat BBQ states?

Known for the succulent pit beef style, the history of Maryland BBQ goes way back and has been all but perfected over the years. It still stands strong in the big cities, especially Baltimore, and you’ll learn all about its history the more you read on.

What is Pit Beef?

Pit beef is the best barbecue in Baltimore and is the trademark style of the city. Pit beef is simple, it is barbecued beef that’s crispy on its outside but juicy and sweet on its inside.

The meat gets shaved into strips that are piled up high in between a couple of buns and covered in some more barbecue sauce. Barbecue lovers from all around the world will travel a long way to get their hands on a Baltimore BBQ sandwich.

The bread on pit beef is more times than not a Kaiser Roll or rye bread which is a distinctly Baltimore style of serving it. It gives the sandwich a little extra softness to it that makes it that much easier to take a big bite.

Finally, what is a good barbecue dish without the sauce? Most basic BBQ sauces will be made up of ketchup, brown sugar, and vinegar. Meanwhile, Baltimore pit beef uses horseradish sauce as the key ingredient to give it a little extra zest and make it a memorable experience.

The Humble Beginnings to Now

The invention of pit beef can’t quite be attributed to one genius Maryland chef but those who were around at the time say it all started around the 1970s. Pulaski Highway became the center of it all and was home to the first few places that sold pit beef on their menus.

At first there were just a few roadside stands and shacks set up along the highway and eventually those few became full-fledged restaurants. However, some of the old roadside stands still hang around as cooking pit beef only needs a simple charcoal grill.

Pit beef was a local legend for a long time that was spread around by those that lived close-by and told of its amazing taste. Eventually word started to make its way outside of the highway and into the surrounding areas.

Once the 1990s rolled around, there was no stopping it. People began to realize the best BBQ in MD was in Baltimore and pit beef became ingrained in the city’s culture and the industry was booming.

Pit beef even brought World Series winning Baltimore Oriole Boog Powell back into town to open up Boog’s Barbecue right in Camden Yards. Boog’s shop is still in the baseball stadium today and is one of the spots you have to stop by if you catch a game in Baltimore.

These days there are pit beef shops all around the city and surrounding areas but, of course, the places that started it all on Pulaski Highway are still hanging around too.

The team at Chaps Pit Beef has been around since 1987, right in the thick of the pit beef craze and still has their old spot on Pulaski Highway. However, through plenty of success over the years they’ve managed to bring pit beef to PA, DE, and other cities in MD as well.

It started with Gus Glava who actually was the owner of a southwest-themed nightclub that sat right on Pulaski Highway. Chaps Pit Beef was built right on the grounds of that nightclub and given to Gus’s son-in-law, Bob Creagar.

When I say Chaps had some humble beginnings, it can’t get much more humble than that. This now famous Pit Beef joint started as a 12 x 15 shack and operated with the same food license the Gus’s nightclub had.

The two establishments were even on the same electric bill at the time and the shack didn’t even have room for a bathroom in it. You had room to prep, cook, serve, and that was about it.

Needless to say, the shack grew out of the nightclub and into its own restaurant. After that, it managed to branch out a few more locations and now owns 6 locations in 3 different states.

The famous taste that people think of when it comes to Baltimore BBQ likely comes from Chaps. The recipe used ever since the place started up involved slicing off a bottom round roast from the pig’s hind quarters making it a bit more tough, but flavorful cut.

This meat then sits overnight and once the morning comes around it gets put into a pit of burning hardwood charcoal getting up to about 400-500 degrees.

After all the prepping and cooking is done, everything gets the “pit beef special” from there. The beef gets that nice crispy outside while staying soft inside and then gets put on a Kaiser Roll with some extra sauces to get some extra flavor.

Everything is cooked to order and these days Chaps Pit Beef has become a must-eat stop for barbecue fans all over. It sure has come a long way from a shack that wasn’t even big enough to have a bathroom in it, huh?

The best pit beef around comes out of Baltimore, MD and you won’t be able to find it anywhere more authentic than right there in the city. It is a unique style of barbecue that people will swear up and down is the best they’ve ever had.

Places like Chaps Pit Beef and Boog’s Barbecue have pioneered it’s great taste and made the story of Baltimore’s pit beef a great one to tell. From tiny shacks along one highway all the way to multi-location restaurants even featured in an MLB ballpark.

If you haven’t tried pit beef before, make it a point to come down and give it a go and you will absolutely not be disappointed!