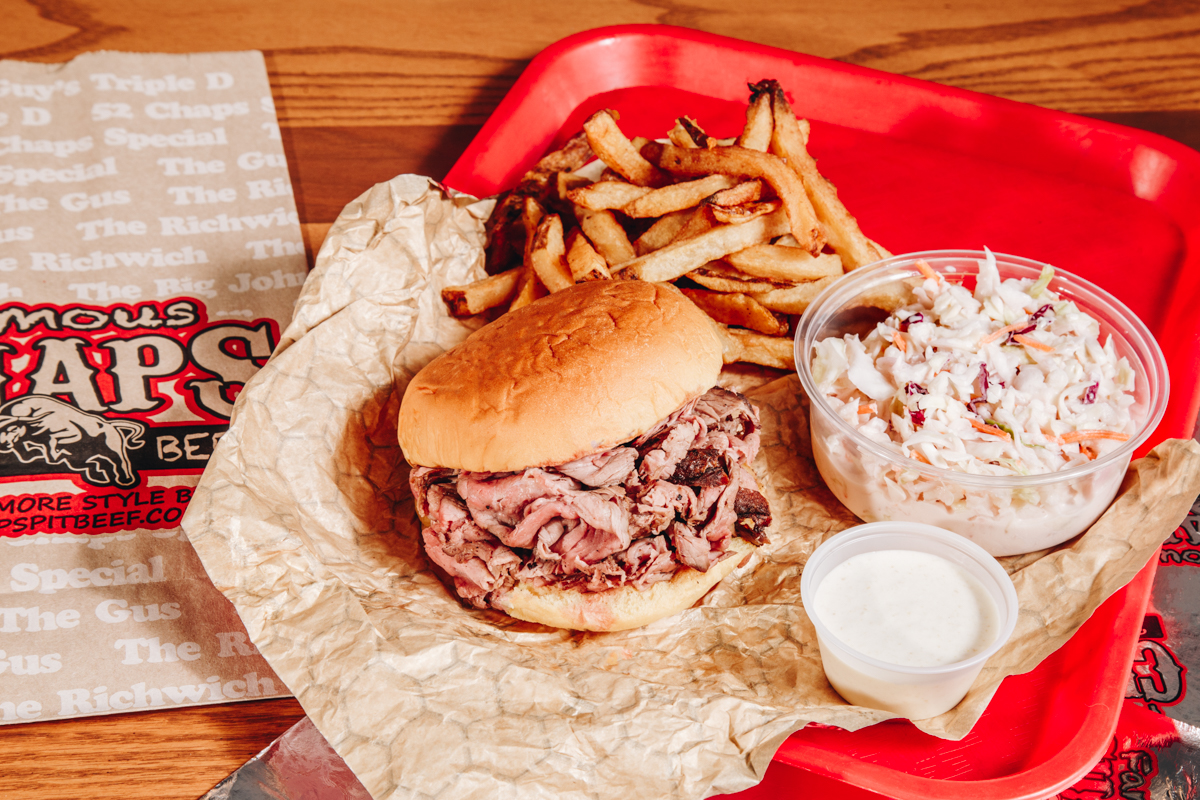 Everyone loves good barbecue. A tender pile of meat, smothered with tangy sauce and slow-cooked to perfection. There is nothing like it. And there are so many different types of BBQ up and down the country. If you are looking for a place that is truly doing justice to this delicacy, Chap’s Pit Beef has the absolute best BBQ in Maryland.

With all of the choices out there, that is a bold claim to make. Maryland has its own unique style of slinging barbecue. Their thin-shaved pit beef is topped with their unique sauce where horseradish is the star of the show, and it all comes served up on a Kaiser roll.

Many people are offering their renditions of the popular regional dish. Some amateurs are in the mix but many are doing it justice. Chap’s Pit Beef takes the top prize in this area, though. Let’s count down the six reasons why this place is truly special to Maryland BBQ enthusiasts.

1) Their pit beef sandwich will help you see the light.

If you are not sure what this sandwich is, listen to how it is cooked. The thin shaves of bottom round roast are marinated for 24 hours and then cooked over a charcoal pit. The outer layer gets that crisp blackened skin and the inside cooks until it is tender and rare. It gets slathered with that Maryland style barbecue sauce and piled up high on a roll.

Are you drooling yet?

2) Guy Fieri made the drive to see them.

Diners, Drive-Ins, and Dives is one of the most popular shows on the Food Network. It’s almost an institution. Santa Rosa native Guy Fieri is only making the trip to your place if it is something special. He arrived at Chap’s Pit Beef after co-Food Network star and Baltimore local Duff Goldman suggested it as the best Baltimore barbecue.

After hearing the praise from all the patrons, Guy had his own religious experiences with the horseradish BBQ sauce and the rest is history. Since that day in 2008, many have made the trip to have their own experiences, and the rave reviews have continued to pour in.

3) Other critics have taken note.

Guy Fieri is just one of many people who have tried out Chap’s and had their minds expanded. Adam Richman has been here, TV personality behind Man Vs. Food. So has the revered Anthony Bourdain on his show No Reservations. It is such an institution that the owner, Bob Creager, made it onto an episode of the Baltimore-based show The Wire.

You will find write-ups from outlets ranging from Zagat to the Washington Post. It has been acknowledged as the most famous restaurant in the city and Zagat’s recognized it as “carnivore heaven.” If you have ever seen their #52 Chap’s Special, you will know exactly what they mean. Everyone wants a serving of this barbecue.

Are you sick of having pit beef sandwiches every night? Probably not; that’s blasphemy. But maybe you want to change things up every once in a while. If you are going to Chap’s Pit Beef it is no problem. Their menu hits almost every possible category.

Chap’s has everything from fish sandwiches to corned beef for every kind of carnivore lover. Their specialty sandwiches pile up all different meats Frankenstein-style and attempt to close the bread around them. How can they possibly make all these different kinds of meats well? It’s hard to say, but they definitely get the job done.

5) They have deep roots in the Maryland pit beef community.

As you can probably tell from all of the write-ups, Chap’s Pit Beef is not some new restaurant on the scene getting accolades without spending the time. They have been serving the Baltimore community, the heart of pit beef country, since they started the business in 1987.

If it were not for Gus Glava, no one would know the name Chap’s. Gus is the father-in-law of Bob Creager, who owns Chap’s Pit Beef along with his wife Donna Creager. When Gus invested $12,000 for the couple to build their own pit beef restaurant at the site of his nightclub of the same name, no one knew what was in store.

It did not take long for Bob’s pit beef to catch on. It soon turned into the sensation that had TV crews squeezing in to capture the sandwich. Popularity like this could get to someone’s head, but not at Chap’s. They know their most valuable asset is the care they put into their food and the roots they have developed in Baltimore. That is what has people still coming back over 30 years later.

6) People outside of Maryland are catching on.

It used to be that the people who heard of Chap’s from outside of Baltimore had to make the special trip to get a pit beef sandwich with all of the toppings – and many did! But pretty soon they had people wanting to bring Maryland BBQ to other places.

Over time, they have developed a chain of restaurants across the Northeast. They have spots in other parts of Maryland, Pennsylvania, and Delaware, with aspirations to bring their barbecue to even more places. Why should Maryland have all the fun?

Are you convinced now that Chap’s Pit Beef is the best BBQ in Maryland? Maybe you need a little more help. The logical next step would be to make the trip and try some out yourself. This Baltimore pit beef is truly the champion, but sometimes things just have to be experienced. If you end up setting up shop down in Baltimore afterward, don’t be surprised.