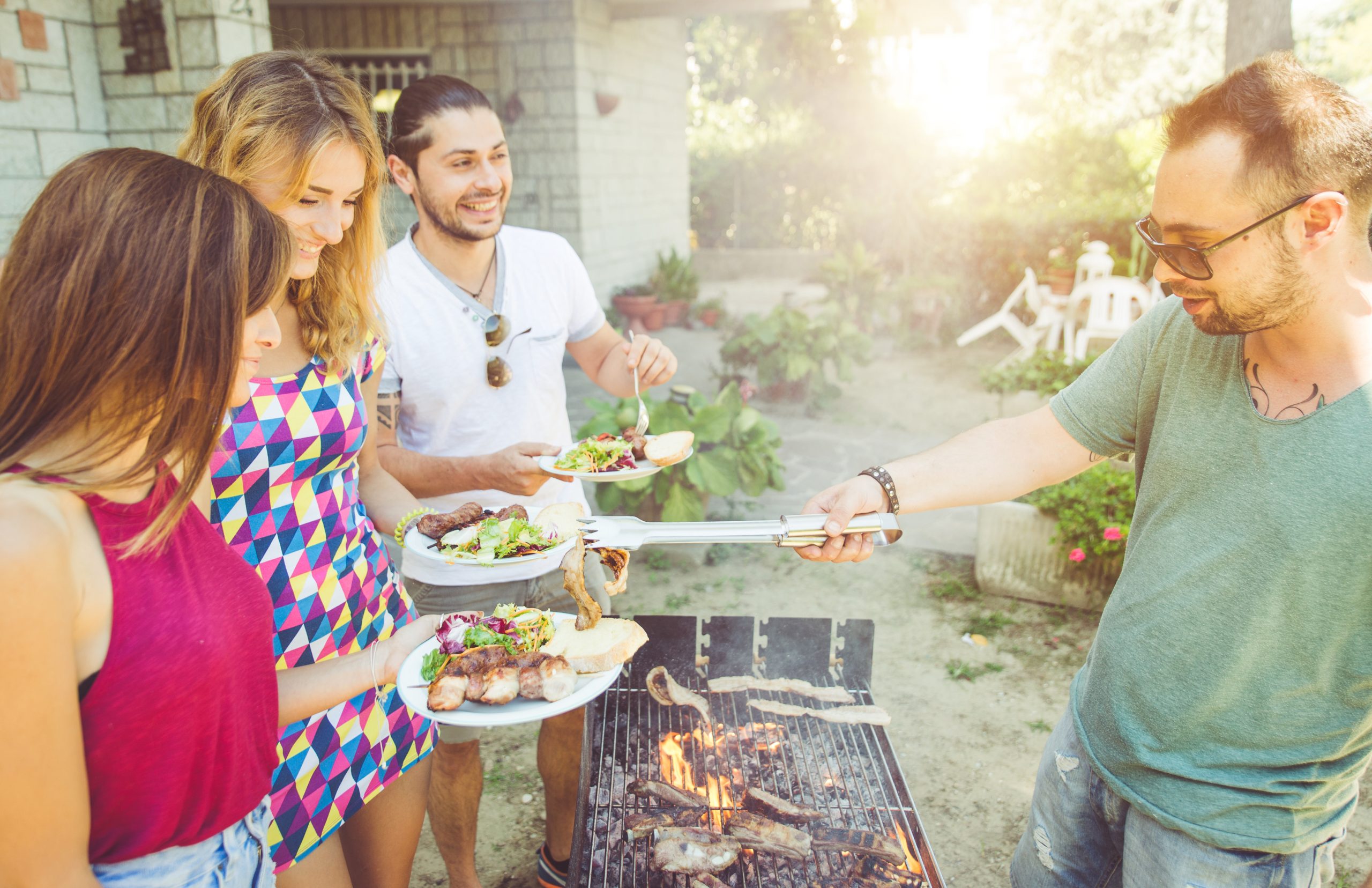 Today, summer is pretty synonymous with the backyard barbecue in the United States especially around holidays like Memorial Day and the Fourth of July, but did you ever wonder where the idea for backyard barbecues came from?

The backyard barbecue has actually been around since right after World War II in the 1950s and 1960s. Part of the reason was because Americans had more money to spend and because an appreciation for community gathers was important.

A barbecue seemed like a perfect choice for summertime events. Most families owned a grill and it was relatively simple to throw some hamburgers and hot dogs on the fire and invite family and friends over. Outside was a more relaxed atmosphere and there was more room for more people to be invited.

Also in the backyard, the kids can run and play while the adults relax and chat together. During this time also a lot outdoor games we take for granted as barbecue staples grew in popularity like horseshoes, croquet and backyard bowling. Kids also loved playing red rover, hide-and-seek and capture the flag.

The Invention of the Picnic Table

The picnic table is also a staple of the backyard BBQ. Consisting of a table with built-in benches on both sides, the picnic table is perfect for eating meals outdoor. While no one knows exactly when the first picnic table was invented, one story suggest that it was in the late 1800s to serve for seating at public gatherings in small tables.

Originally all picnic tables were made of wood, but now picnic tables are also made of commercial-grade plastic, PVC, steel, aluminum recycled materials and plastic-coated metal.

Today the barbecue is still a fun summer tradition among family and friends. The only big difference being that you’ll find fancier grills and fire pits in people’s backyards and a lot people will unfortunately be chained to their phones. The barbecue menu has also gotten more diverse and sophisticated that just burgers and hot dogs.

Have the BBQ Without All the Cooking

If you love gathering with family and friends together to enjoy juicy barbecued meats, but don’t like standing at the grill for hours to do it? Why not let Chaps Pit Beef do the cooking for you? Just bring it home piping hot and enjoy the time together without all the stress.

Chaps Pit Beef, exemplifies the “Baltimore Style BBQ” and is one of the pioneers of modern day Baltimore pit beef. With locations in Baltimore on Pulaski Highway and in Aberdeen on Beards Hill Road, they have created a strong following of patrons and restaurant critics alike.

In Baltimore when you say barbecue what you really mean is Baltimore pit beef which basically is barbecued beef that is crusty on the outside and juicy and almost rare on the inside. The meat is shaved into thin strips and heaped high on a sandwich. People come far and wide for a Baltimore pit beef sandwich. Most of the time top round is used instead of brisket which is the favorite in a lot of the other styles.

Chaps “Baltimore Style BBQ” method is what made their original pit beef sandwich so famous. To make a Classic Pit Beef sandwich, Bob uses a bottom round roast flat cut from the hind quarters which are a tougher, but more flavorful cut. He trims the gristle and silver off the meat and then applies a dry rub of different herbs and spices like paprika, salt and peopper, thyme and onion powder. He then lets it sit overnight and in the morning he puts it on an open pit of burning hardwood charcoal that gets to gets to about 400 to 500 degrees.

Don’t forget to all enter Chaps’ #CHAPSPICNIC selfie contest to get your chance to reserve a special picnic table at Chaps Pit Beef.
To enter snap a selfie at any table, at any of our Chaps locations & post it on Facebook, Instagram or Twitter using hastag #CHAPSPICNIC & tag @chapspitbeef. Winner gets a reserved table and free pit beef for you and 3 friends at any location, once a month for a whole year! Enter today until June 30.

Want to know more about how to get some Chaps Pit Beef for your next backyard BBQ, call them today.